America is under God`s judgment. And I hate to be such a realist, but the worst is yet to come when the Lord judges this world once and for all.

“And whereas it is the duty of nations as well as of men, to own their dependence upon the overruling power of God … and to recognize the sublime truth, announced in the Holy Scriptures and proven by all history, that those nations only are blessed whose God is the Lord.”

America was lost over time-Starting With Education.

Our education system was taken over politically and became anti-American. After the courts moved prayer and the bible from public education, the standards for morality were no longer present. The results are in, and it has been a disaster. A sexual revolution, homosexual revolution, and now God has given us over to a reprobate mind, which is why the radical left cannot even tell what sex they are.

These movements take root among the generations of youth who no longer have a standard for right or wrong. No country can expect to survive when we teach our children to hate their own country by indoctrinating them with Marxist ideology and not giving them a real education.

“Liberty once lost is lost forever. When the People once surrendered their share in the Legislature, and their Right of defending the Limitations upon the Government, and of resisting every Encroachment upon them, they can never regain it.”

Year after year, the government tightened its grip over education to standardize it and systematically revise our nation’s history.The left does not want any truth or absolutes except their absolute power of having their way and controlling everyone around them.

The Standards Have Been Changed

There is no doubt that this country now accepts standards that God does not. Moral standards come from God and are just and fair. We have perverted these by placing special interest over truth. For that, we will get God`s judgment and not His blessing. And we have what we asked for.

As we saw with defunding the police, using exceptions to throw away standards is such an immature and radical way of thinking. Like the old saying, “don’t throw the baby out with the bathwater,” these types of ideas are without merit and always have major consequences.

(UPDATE:) Cities that rushed to defund the police are rushing back to fund them. It turns out that crimes and lawlessness in these cities are out of control. Duh! But again, the media is not reporting that this is happening, hmm. (Did these people never play Sim City?)

America removed and continues to change the standards which allowed for freedom and opportunity for all. (more so than anywhere else in the world)

Why Can’t We Go Back?

The main reason is, as I stated, I believe we are under God’s judgment. We reap what we sow or, in many cases, what we allow others to sow on our land. Now we have the most radical, (by far) corrupt,  and secret administration we have ever had.

Pure communists and Marxists appointed to positions by Biden who hate this country and our constitution. We have an education system that hates America, and now our own government does as well. The gas pedal is all the way to the floor, and we will soon understand just how good democracy and freedoms are.

Unfortunately, it will be too late to undo what has been done and what is being done.

Replacing Truth With an Agenda

The one consistent characteristic from the press secretary to the oval office, from the beginning of this administration, is that lies are the normal standard that they live by.Truth and facts do not seem to matter at all. Their ideology is all that counts; nothing and no one else does. They continue to remain silent on major issues that they have created because they have no accountability to the press or the American people. They can ignore us, as they have been, and continue destroying this country.If cramming this down our throats is the only way they can have it, then so be it.

The Deception Is Very Strong

I often wondered how Satan could ever deceive the entire world. I no longer have to wonder how because I see it happen right before my eyes. We should not be surprised as this is exactly the way Jesus said the end times would be. The deceptions and lies would be so strong that Satan would deceive even the elect if the days were not shortened.It is not people we fight but rather principalities and powers in the heavenly places—doctrines of demons that oppose the truth of God’s word.However, man is being used to carry out the Devils plans whether they know it or not.

12“For we do not wrestle against flesh and blood, but the rulers, against the authorities, against the cosmic powers over this present darkness, against the spiritual forces of evil in the heavenly places.”

26“If a house is divided against itself, it cannot stand.”

Suppose you were to allow someone to come into your home and stay for a year or so. Let’s say that person hated you and your family but liked your house. How do you think things would work out. By hate, I mean hate. So off to work, they go trying to dismantle your family. When you are at work, they rearrange the furniture and go through your files, deleting some and changing others to suit their preferences Funiture is now blocking doorways, causing confusion, and rerouting traffic in bizarre ways that benefit no one. Next, they tell your kids things that are not true. There is no truth to any of it, but the kids believe it because, after all, it is an adult which you allowed in their home. And this person is consistent and says the same lies every day to your kids.How long do you think a house like this could survive? 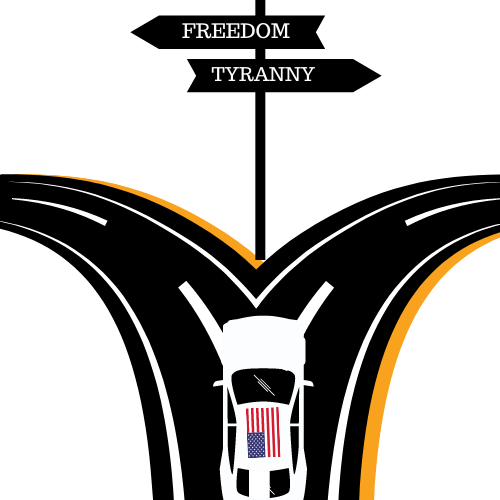 America will not and cannot survive as a democratic and communist country at the same time. One has to go. Look what has Happened Since the Left Took Over The entire world has turned upside down, and the delicate system of checks and balances which kept wicked and aggressive regimes in place has come down. Why? Because this administration is wicked. From open lawless borders to funding terrorists and radicals and no longer supporting our allies, how do you suppose we can fix these things? They will not and cannot because America has eroded from the inside. We can’t blame anyone but ourselves for allowing this to happen. God said this to the nation of Israel;

“My people are destroyed for lack of knowledge. Because you have rejected knowledge, I will also reject you as My priests. Since you have forgotten the law of your God, I will also forget your children.”

“My people perish for lack of knowledge” rings so true as we have seen the dumbing down of American education. We have avoided serious issues, silenced debate, and removed the bible as the standard. Culture has collectively embraced all sinful behavior as nothing more than lifestyle choices, even to the point of praising those who are engaging in perversion. That sounds a great deal like Rome. History tells of their tragic collapse. They were a fully “woke,” progressive people who embraced every form of sexual pleasure and any god but the One True God.

Why is America lost? And why can it not be found?

“We have been preserved, these many years, in peace and prosperity. We have grown in numbers, wealth, and power, as no other nation has ever grown. But we have forgotten God.

Trump MAGA, Biden Will Not!