“Join me in taking back our country and creating a bright, glorious, and prosperous new future for our people. We will make America great again, and it will happen quickly.”

“This election [2016], and I believe this, is our last chance to secure the border, stop illegal immigration and reform our laws to make your life better.”

“Under my administration, anyone who illegally crosses the border will be detained until they are removed out of our country and back to the country from which they came.”

“Washington flourished but the people did not share in its wealth. Politicians prospered… but for too many of our citizens, a different reality exists.”

“I think the big problem in America has is being politically correct.” 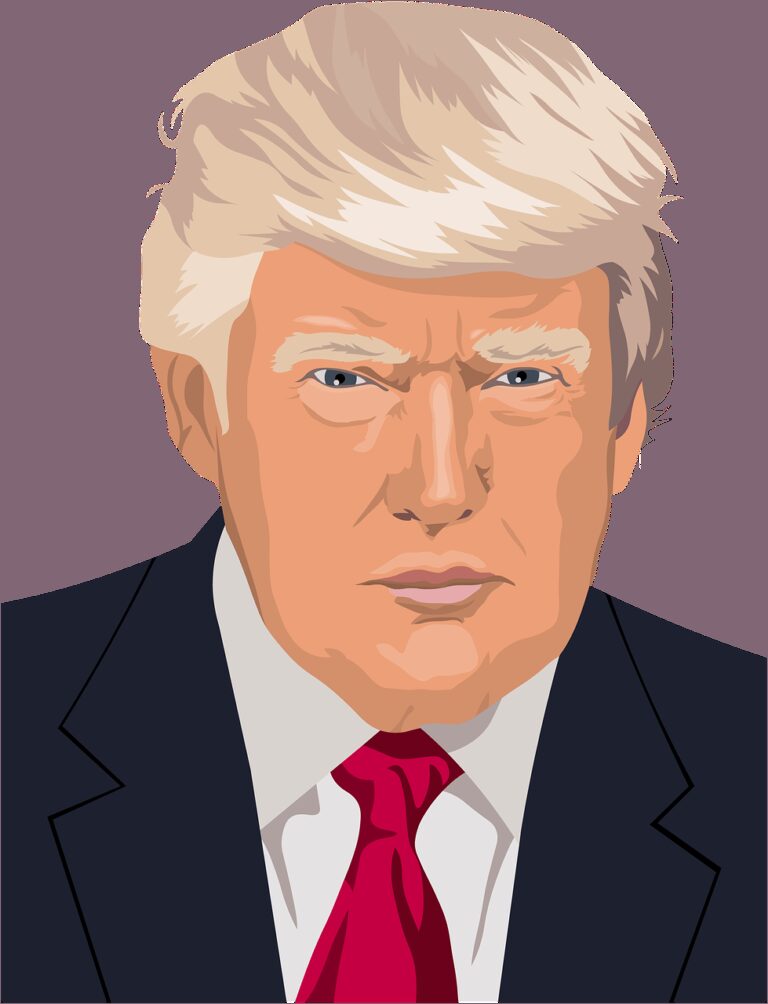 “We have a country where you have Hillary Clinton with her e-mails that nobody’s ever seen where she deletes 33,000 e-mails, and that’s after getting a subpoena from Congress. If you do that in private business, you get thrown in jail.”

“We can’t have jobs created in America if China is making all of our products.”

‘What separates the winners from the losers is how a person reacts to each new twist of fate.”

“The one thing I’ve learned to do that I never thought I had the ability to do is I don’t watch CNN anymore.”

“We need law and order in the inner cities because the people that are most affected by what’s happening are African-American and Hispanic people. And it’s very unfair to them what our politicians are allowing to happen.”

“Immigration law doesn’t exist for the purpose of keeping criminals out. It exists to protect all aspects of American life. The work site, the welfare office, the education system, and everything else.”

“I’m proposing a plan to provide school choice to every disadvantaged student in America.”

“It does not cost anything to dream. Spend your time enjoying your big dreams.”

“I will cancel every illegal Obamacare executive order. I will cancel all federal funding to sanctuary cities. Out.”

“I am never tired of winning, and as your president, I will win for you, the American people. I’m with you!”

“What I’m living for now is making America great again.”

“I ran [for the presidency] because I knew what trouble our country was in.”

“I am pro-life. I hate the concept of abortion.”

“I am a man who loves my country, the United States.”

“I’m going to fight for every citizen of every background from every stretch of America.”

“Success does not happen all at once. In life, there is no instant pudding.”

“America has defended other nation’s borders while refusing to defend its own.”

“I am going to be considerate and compassionate to everyone, but my greatest compassion will be for our own struggling citizens.”

For every new regulation, they removed 8 old regulations

Provided the average American household an extra $3,100 every year.

Made the United States the number one producer of oil and natural gas in the world.

The United States has become a net energy exporter.

Built over 400 miles of an advanced border wall.

This resulted in an 87% reduction in illegal border crossings.

Rebuilt and strengthened our military

The above examples are a drop in the bucket in the waterfall of good that the Trump administration accomplished. For a full detailed list, you can visit the Trump Whitehouse Archives.

“Hillary Clinton turned the State Department into her private hedge fund. The Russians, the Saudis, the Chinese – all gave money to Bill And Hillary and got favorable treatment in return.”

“We will rise above the lies, the smears, the ludicrous slanders from ludicrous and very, very dishonest reporters.”

“The point is that if you are a little different or a little outrageous, or if you do things that are bold or controversial, the press is going to write about you.”

“My administration will not answer to donors or lobbyists or special interests, but we will serve the citizens of the United States of America, believe me.”

“Get going. Move forward. Aim High. Plan a takeoff. Don’t just sit on the runway and hope someone will come along and push the airplane. It simply won’t happen. Change your attitude and gain some altitude. Believe me, you’ll love it up here.”

“My policy is to learn from the past, focus on the present, and dream about the future. I’m a firm believer in learning from adversity. Often the worst of times can turn to your advantage – my life is a study of that.”

“Sheer persistence is the difference between success and failure.”

“You cannot stop. If there is a concrete wall in front of you, you have to go through it. You can never, ever give up or even think in terms of giving up.”

“Always give more than what’s expected.”

“You have to stay focused. You cannot take your eye off your goal”

“I am a very strong supporter of the Second Amendment.”

“Nothing is easy, but who wants nothing?”

“I’m a big fan of Israel and frankly a strong prime minister is a strong Israel.”

“The public read newspapers, see television, they watch, they don’t know if it’s true or false because they’re not involved.”

“Life is difficult no matter what, but hard work and perseverance make it a lot easier.”

“We’re going to start making things again in America. As part of our plan to bring back our jobs, we’re going to lower our business tax from 35 percent to 15 tax, the biggest since Ronald Reagan.”

“Each American generation passes the torch of truth, liberty, and justice in an unbroken chain all the way down to the present. That torch is now in our hands, and we will use it to light up the world.”

“Under my contract with the American voter, we are proposing a series of ethics reforms on day one to end government corruption. They include a constitutional amendment to impose term limits on all members of Congress.”

“I have visited the laid-off factory workers and the communities crushed by our horrible and unfair trade deals. These are the forgotten men and women of our country and they are forgotten, but they’re not gonna be forgotten long. These are people who work hard but no longer have a voice. I am your voice!”

“You have to remain cool under fire and let criticism roll off you. Good leaders handle conflict easily and bad ones are eaten up by it.”

“At home, we have begun the monumental task of returning the government back to the people on a scale not seen in many, many years.”

“We’re going to protect Christianity. We don’t have to be politically correct about it.”

Trump MAGA, Biden will not!